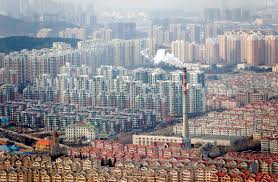 By 2050, 70% of the world will live in cities, and by the end of the century three-quarters of the entire planet will be urban. There are now 21 cities called “megacities”, i.e. they have more than 10 million inhabitants. In Andrew Marr’s BBC series Megacities he travelled to five of these cities, including Tokyo and Mexico City.

Tokyo, with a population of 33 million people, is by far the largest city in world. It’s also the most technologically advanced, and the city runs like digital clockwork. The automated subway, for example, is so efficient that it is able to transport almost eight million commuters every day and on the rare occasions that it goes wrong, nobody believes it. If you are late for work in Tokyo and, as an excuse, you say that your train was late, you need to provide written proof from the train company. The idea of late trains is almost unthinkable. There is very little crime, violence, or vandalism in Tokyo and the streets are safe to walk by day or night. There is also relatively low unemployment compared to other big cities in the world.
But such a huge population creates serious problems of space, and as Marr flew over Tokyo in a helicopter he saw football pitches, playgrounds, even driving shcools constructed on top of buildings. Streets, parks, and subways are extremely overcrowded. Property prices are so high and space is so short that a family of six people may live in a tiny flat of only 25 square metres.
There are other problems too, of alienation and loneliness. The Hikikomori are inhabitants of Tokyo who cannot cope with “the mechanical coldness and robotic uniformity” of a megacity and have become recluses, rarely or never leaving their homes. There is also a new business that has grown up in Tokyo which allows friendless people to “rent a friend” to accompany them to a wedding or just to sit and chat to them in a bar after work.
Another strange group of people are the Hashiriya, Tokyo’s street racers who risk their lives driving at ridiculous speeds along the city streets. During the week these men have ordinary jobs and they’re model citizens. But on Saturday nights they spend the evening driving through the city as fast as they possibly can. It’s a deadly game, but it’s just one way of escaping the daily pressure of life in the metropolis.

As a complete contrast to Tokyo, Marr takes us to Mexico City, a colourful and vibrant city of about 20 million people where people live their lives in the street. Marr says that ‘in Mexico City, food and friendship go hand in hand‘. The city is full of taco stands and cafes where people meet and socialize and Mariachi bands stroll through the boulevards and squares playing songs for money. And on Sundays people of all ages gather to dance in the street.

But it’s a city with problems of its own, too. It can take two-and-a-half hours for commuters to drive to and from work in the rush hour through choking traffic fumes, and pollution levels are high. And, looking down from a helicopter, Marr shows us the huge social divide. On one hillside we see massive, luxurious houses and on the next hill, slums. It’s a city of great wealth but also extreme poverty, and there are many homeless people. Because of this social imbalance it can be a dangerous city too, with high levels of crime, especially kidnapping. In fact, there are boutiques which sell a rather special line in men’s clothes: the shirts, sweaters, and jackets look completely normal but are in fact bulletproof,  made of reinforced Kevlar.

But despite the crime, the traffic, and the pollution Andrew Marr describes Mexico City as ‘a friendly, liveable place’ and the most enjoyable megacity of all that he visited.

The article is published as in introduction to my summary for the Module 9B “Megacities” of the English learning of the web site.

More about megacities you can read on my “Mini Wiki” or the main “Wikipedia” site.

What’s more, you can watch the full video of the program on YouTube below:

The material was taken just for educational purposes from the “English Files” book series.