What The Bagel Man Saw

What The Bagel Man Saw 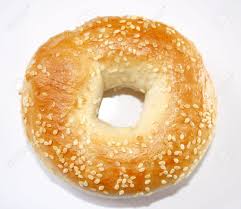 Would you pass the bagel test?

Once upon a time, Paul Feldman dreamed big dreams. While studying agricultural economics at Cornell, he wanted to end world hunger. Instead, he ended up taking a job with a research institute in Washington, analysing the weapons expenditures of the United States Navy. He was well paid and unfulfilled. “I’d go to the office Christmas party, and people would introduce me to their wives or husbands as the guy who brings in the bagels,” he says. “Oh! You’re the guy who brings in the bagels!” Nobody ever said, “This is the guy in charge of the public group.”

The bagels had begun as a casual gesture: a boss treating his employees whenever they won a new research contract. Then he made it a habit. Every Friday, he would bring half a dozen bagels, a serrated knife, some cream cheese. When employees from neighbouring floors heard about the bagels, they wanted some, too. Eventually he was bringing in 15 dozen bagels a week. He set out a cash basket to recoup his costs. His collection rate was about 95 per cent; he attributed the underpayment to oversight.

In 1984, when his research institute fell under new management, Feldman said to management: “I’m getting out of this. I’m going to sell bagels.”

His economist friends thought he had lost his mind. But his wife supported his decision. Driving around the office parks that encircle Washington, he solicited customers with a simple pitch: early in the morning, he would deliver some bagels and a cash basket to a company’s snack room; he would return before lunch to pick up the money and the leftovers. Within a few years, he was delivering 700 dozen bagels a week to 140 companies and earning as much as he had ever made as a research analyst.

He had also – quite without meaning to – designed a beautiful economic experiment. By measuring the money collected against the bagels taken, he could tell, down to the penny, just how honest his customers were. Did they steal from him? If so, what were the characteristics of
a company that stole versus a company that did not? Under what circumstances did people tend to steal more, or less?

The post is an additional reading material. This is a text from the article of the module 9a (“Truth and lies“). So, if you want to learn some new words and phrases in the module, go by clicking the link above.